Residential real estate is a tale of two markets – luxury and everything else.

There is really no one definition of luxury – much like beauty, it’s in the eye of the beholder.

From $1.2 million entry level properties in Florida to the ultimate $147 million ‘weekender’ in the Hamptons, the definition of luxury changes depending on where you are.If you have the means, there’s a broad enough range across the markets for you to find your own definition of luxury.

Click on any of the interactive graphics below to take you to the Christie’s report, and download the 2015 Luxury Defined white paper. 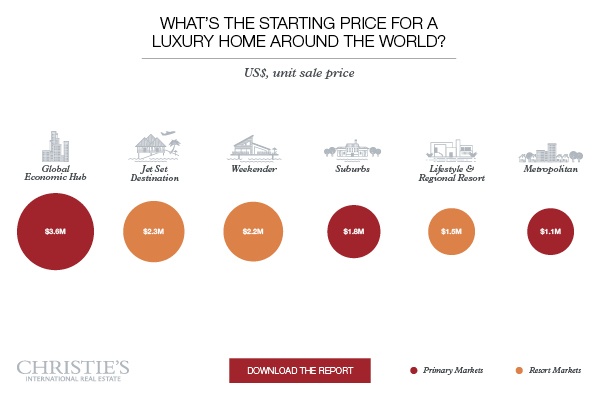 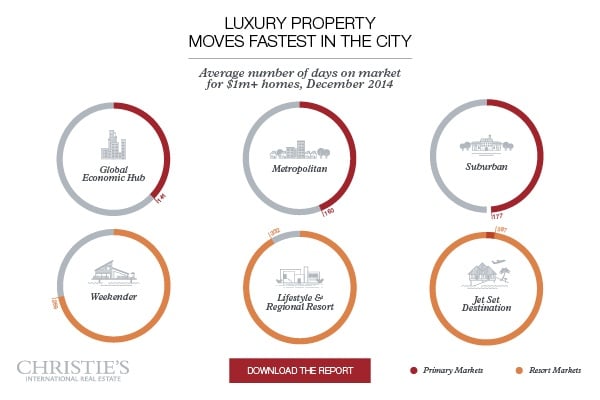 Luxury Defined: Average number of days a luxury property spent on the market (as of December 31, 2014) (via Christie's International Real Estate). 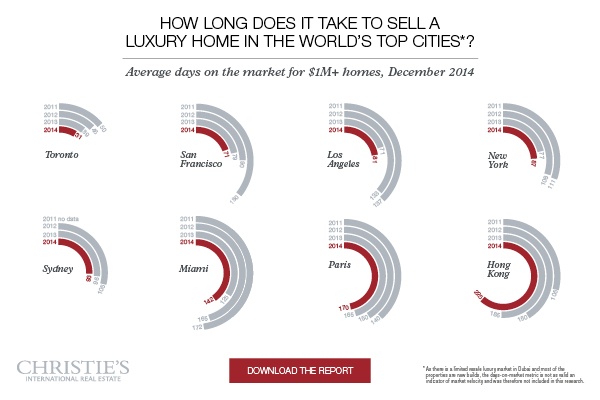 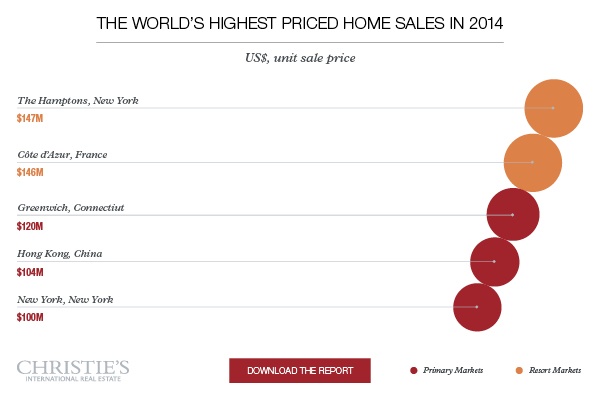 Luxury Defined: Although prices are generally higher in the city, the world’s top 3 home sales in 2014 were not in Global Economic Hubs – and two of the top three were located in New York City’s surrounding areas (via Christie’s International Real Estate).