At the start of the new year, it’s never been more evident that both the Charlotte and Lake Norman stars continue to rise. Heading into December, sales of homes priced in the $1 million to $2 million range increased at a double-digit pace compared to 2016. In Charlotte, sales in that range were up 13%, with 257 homes closing vs. 227 in 2016.

Perhaps more impressive is the momentum the region is displaying. Showings on homes in this range are up 11% in town, and a whopping 46% at the lake. This points to a solid winter and early spring in the luxury market’s most popular price point. 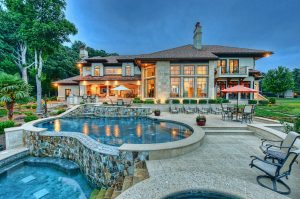 The ultra-luxury price segment above $2 million in list price, while a smaller segment of the market, also showed some strength, with 30 homes closing in Charlotte and 25 at Lake Norman, both markets on pace to double-digit gains in this segment. So far this year’s high water mark in the region is a $5.6 million dollar closing of an Ivester Jackson | Christie’s listing at The Point. 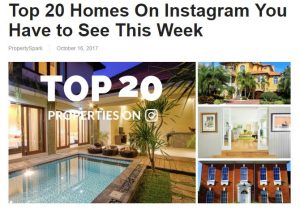 Nowhere is the region’s rising profile more visible than in the national and international media. Ivester Jackson | Christie’s listings have been featured in numerous flagship publications.

A listing in The Point was chosen as North Carolina’s most beautiful home in Architectural Digest’s feature article “Most Beautiful Home for Sale in Every State”. All of this attention points to the elevated profile the Charlotte/Lake Norman region is attaining beyond our local area. Over 40% of this year’s luxury buyers came from areas outside the state of North Carolina, and a small but increasing percentage originated internationally.

Moving into the final month of 2017, luxury activity in Charlotte continued its steady upward trend. 2017 has so far seen 257 homes close in the range above $1 million, compared to 227 last year, an increase of 13% year over year. The ultra-luxury segment has seen 33 transactions versus 21 through the same period last year, an increase of over 50% but one needed as the year started with a large inventory position on the listing side. Much of this activity occurred in the $2 million to $3 million range, with 3 transactions exceeding the $3 million mark versus 4 deals last year. 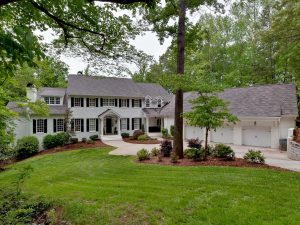 Showings in the $1 million range continue to track slightly ahead of last year for the 4th quarter, posting an increase of 11%, which should translate into a solid winter/early spring period in the city. Union County also emerged as a popular choice, particularly with properties priced around the $1 million mark.