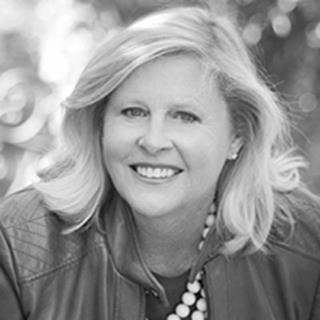 Lori Ivester Jackson is one of the Southeast’s leading luxury realtors, with career sales of over $1 billion dollars. In 2003 she founded Ivester Jackson Distinctive Properties, which in 2017 was named the Global Overall Affiliate of The Year by Christie’s International Real Estate out of 145 of the world’s leading boutique luxury brokerages worldwide.

- Has individually closed over 100 million dollars in luxury property transactions the past 12 months, leading North Carolina

- Considered an elite negotiator and strategist for luxury properties

Lori’s career began in Charlotte’s Dilworth neighborhood and she has since expanded her business to include flagship properties from Charlotte neighborhoods such as Myers Park, SouthPark, and Union County, to Lake Norman’s leading resort communities The Peninsula, The Point, and Governors Island.

She has personally represented numerous CEO’s, professional athletes, NASCAR personalities, and frequently has a stable of private luxury sellers and buyers in her personal network ready to participate in compelling property transactions. 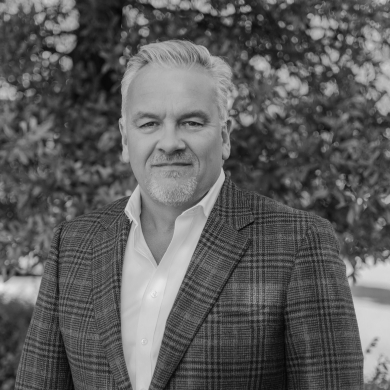 Stretching from Asheville and Highlands in the North Carolina Mountains, to Charlotte, Lake Norman, and Wilmington at the Carolina coast, Ivester Jackson's rapid growth has established the company as one of the southeast's most influential real estate advisory brokerages.

Reed's background in marketing strategy, business analytics, and corporate expansion planning has established him as a frequent guest analyst for publications like The Charlotte Business Journal, The Charlotte Observer, and Asheville Citizen Times. He currently serves on the prestigious Christie's International Real Estate owner's committee and was named to the 2021 "Power 500", Business North Carolina Magazine's ranking of the state's most influential business leaders. Reed remains active in property evaluation and real estate advisory services and lives in the Charlotte area with his wife and business partner, Lori Ivester Jackson. 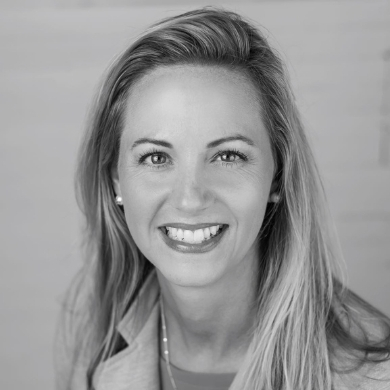 Jackie Morgan has over fifteen years of real estate experience and is the broker in charge of the North Shore office. As a continued multi-million dollar producer, Jackie is known as a respected industry leader in the Lake Norman real estate market. She is dedicated to assisting every home buyer in finding their dream home and every home seller in getting their home sold in a timely and professional manner. Her client base consists mainly of personal referrals and repeat clients, which is a testament to the high level of service and care that you can expect to receive.

Jackie resides on Lake Norman and thoroughly enjoys all that Lake Norman and the Charlotte area have to offer. She looks forward to the opportunity to earn your business and make your real estate transaction exceptional! 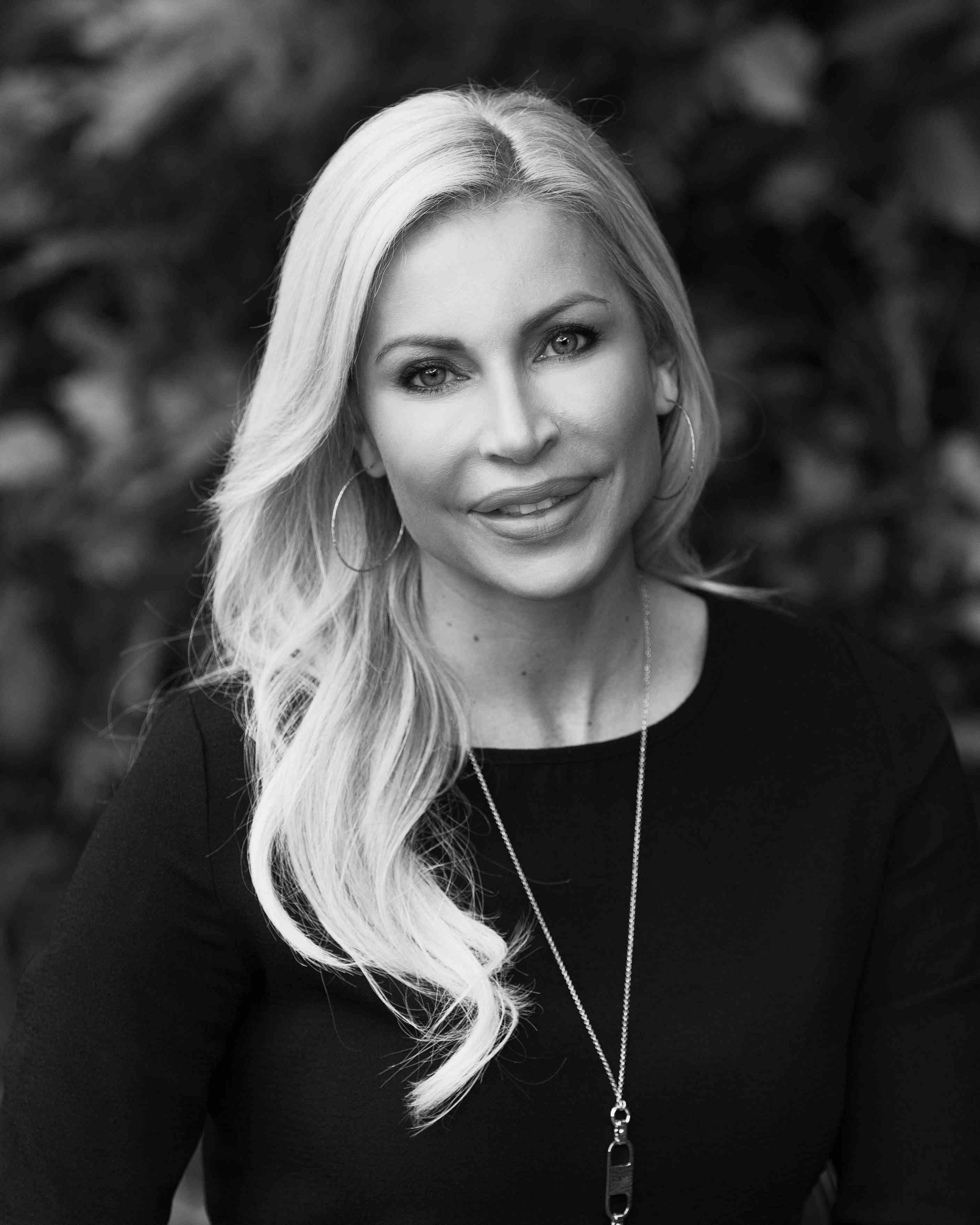 Liza Caminiti is a native to Pittsburgh, Pennsylvania, and prior to settling in Charlotte, she lived in Miami, Florida. Liza can truly say that she has two passions in life; real estate and interor design. She began her interior design company, Liza's Designs while living in Miami. Her business focuses on home staging, preparing clients' homes for photography and providing elegant organizational advice to minimize clutter. She offers staging and design as a complimentary service to clients. Throughout her early years with Liza's Designs, she was also buying, designing, flipping and selling homes for family and clients throughout the United States. This has given her an unparalleled insight to the ins and outs of relocation. Liza has also worked with investors and developers on larger scale projects which have afforded her great success both in real estate and design. These experiences include residential and commercial projects along with aircraft design and mega-yacht design. Recently, Liza decided to merge my passions and bring it all together under one roof, Caminiti Consulting Group, giving clients exactly what they need from start to finish.Over her years in the business, she has acquired a vast understanding of people and their needs. She is privy to new developments, trends, and the changing market we live in.

Jonathan is a true native Ashevillian. His hyperlocal real estate insights may be attributed to his deep roots - countless generations deep - a boon both to you and to your real estate goals. His professional credentials incorporate both an active North Carolina Certified Real Estate Appraiser’s license (a priceless advantage in your favor) along with his NC Realtor’s broker-in-charge license. His top real estate expertise coupled with his appraisal skill mastery has been recognized and applauded not only by the industry but also by his clients - and proven by his record setting multi-millions in closed transactions. Reward yourself today and enjoy the advantage of his approachable style highlighted by his unforgettable concierge level of service. 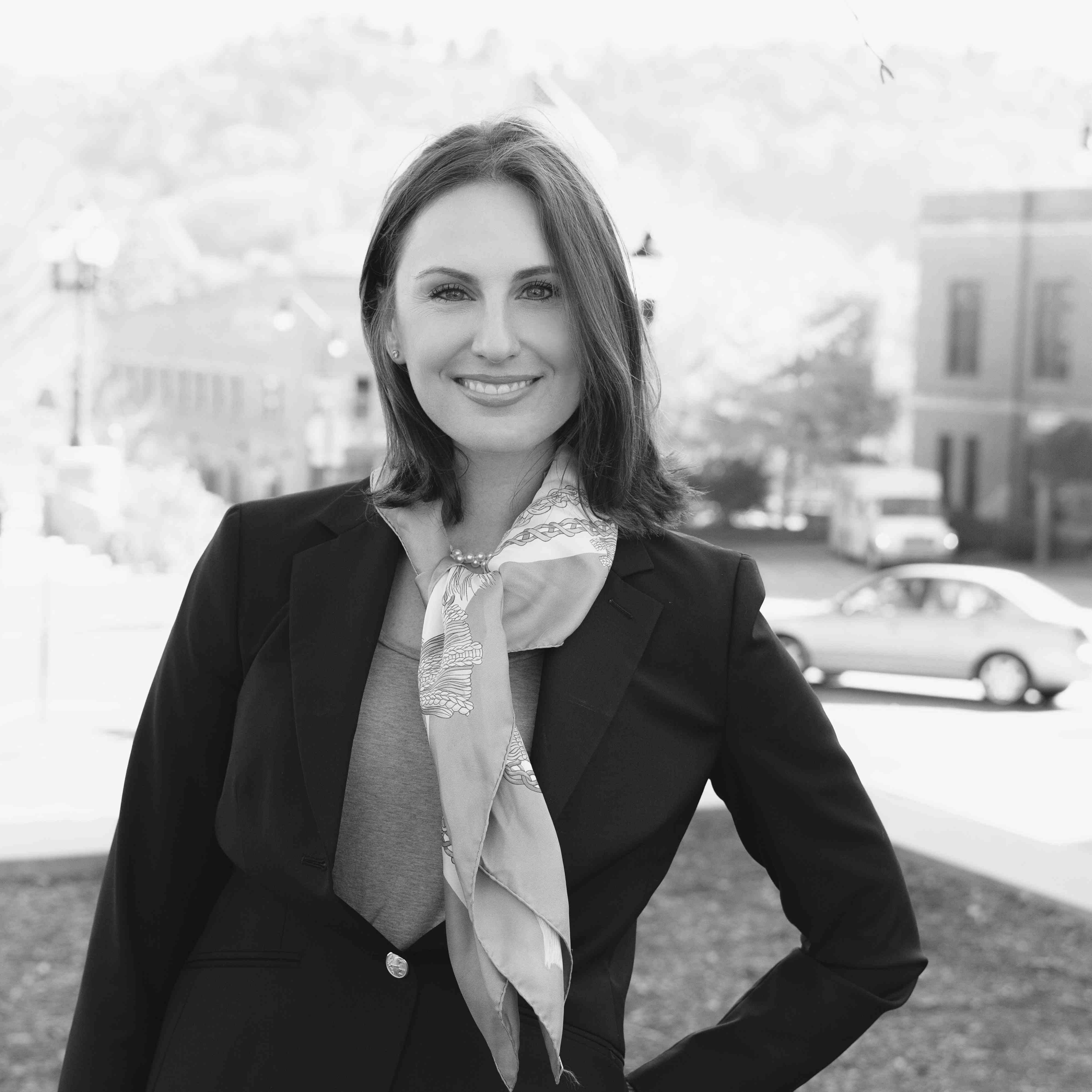 Britt is a top-producing, experienced luxury real estate advisor. She has achieved the Certified Luxury Home Marketing Specialist designation from the Institute for Luxury Home Marketing, the Graduate Realtor Institute Designation through the North Carolina Association of Realtors, and is a Christie’s International Real Estate Luxury Home Marketing Specialist. In 2021, Britt was inducted to the Christie’s International Real Estate Master’s Circle, an elite group of high-performing luxury real estate specialists from across our global network. The selection of these members is based on their local success, passion, and expertise. 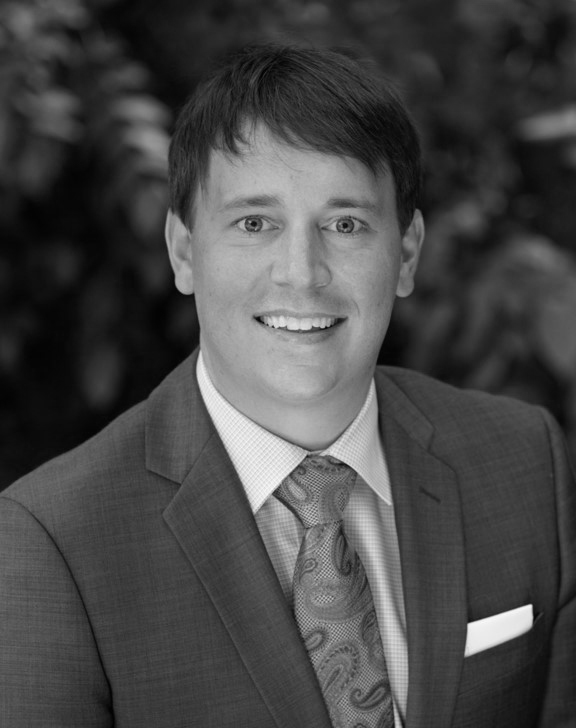 Scott Browder is a native Charlottean with deep family roots in the real estate community. A full-time realtor since 2010, he joined Ivester Jackson as the Corporate Director of Recruiting and Lead Generation. Licensed in both North and South Carolina, Scott holds a variety of real estate designations, including being named one of Charlotte’s Elite Marketing Specialists in the high-end luxury space. He enjoys being very involved with the Realtor Association at local, state, and national levels. In 2015, Scott took on a management role that involved monitoring close to 400 agents and helped him make a name for himself in the recruiting community.

However, Scott’s passion for real estate is what drives him. His business is almost all referral based thanks to the deep, meaningful relationships and trust with his clients. Scott provides unparalleled service and strives to be resourceful, responsive, and attentive in all of his transactions. He listens to his client’s needs, educates them about important decisions, and serves them with honesty, integrity, and professionalism. With nearly 12 years of real estate experience, he is well-versed in the latest industry practices, rules, and regulations. This know-how and dedication enrich his performance as the “go-to” proactive, trusted advisor for his agents and clients. Scott currently lives in the South Charlotte area raising his two beautiful girls Adeline and Lillian. In his free time, he enjoys spending time with family and friends, playing sports such as golf and basketball, or visiting the beach. 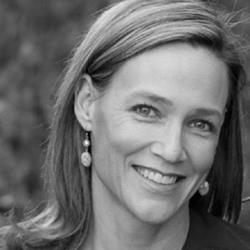 Lee Steinour is the Digital Marketing Manager for Ivester Jackson – Christie’s International Real Estate. She manages IJ’s social media sites; including Facebook, LinkedIn, Twitter, Google+, Pinterest, Instagram, YouTube, and Vimeo. She also writes blog articles and helped create much of the content for the IJ company website, including two videos on the homepage – “Welcome to Lake Norman” and “Welcome to Charlotte.”

Before working for IJ, Lee began her career as a television news journalist. During her TV career, she interviewed several U.S. presidents & senators, reported live from Washington DC during President Ronald Reagan’s funeral, flew in an F-16 fighter jet with the South Carolina Air National Guard, covered the DC Sniper shootings and court proceedings in 2002, and has appeared on both Fox News Channel and CBS “48 Hours Mystery.”

She made the transition from TV to PR/Social Media after the birth of her second son and began working for the Richmond based non-profit ChildFund International. While there Lee worked with overseas photographers to help capture the organization's work in Africa, Asia, North and South America. She also worked on several popular Facebook campaigns including “Trip of a Lifetime” and “Around the World with ChildFund.”

Lee loves to write, and volunteers her time/skills for Davidson United Methodist Church writing for their quarterly publication , she’s also traveled to Honduras several times for mission work. In her free time you can find Lee spending time outdoors with her husband and two sons; hiking, biking, traveling or out on the lake. 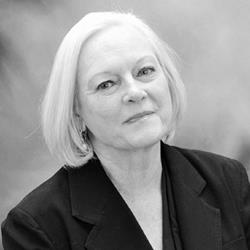 Carol Smith is the Compliance Administrator for Ivester Jackson, as well as a licensed realtor in both NC and SC. Carol has spent 29 years in residential sales and has been designated a Certified Residential Specialist and Certified Distressed Property Expert. Her experience in closing coordination and her commitment to providing excellence in service make her a strong asset to the IJ staff. 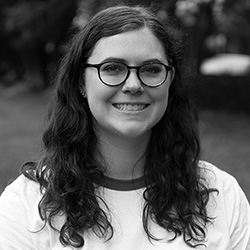 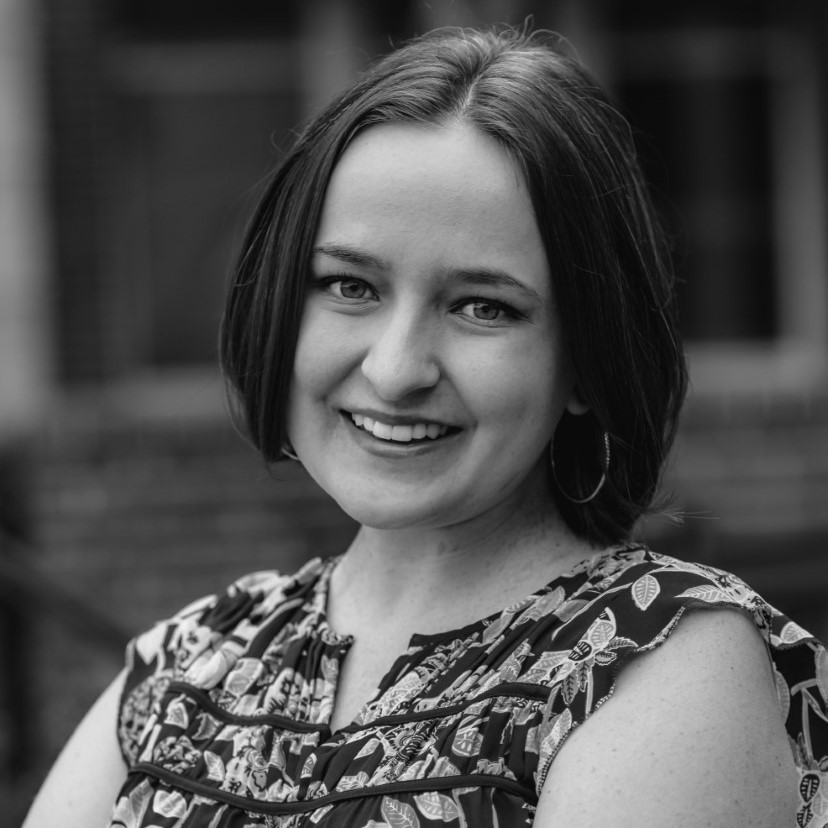 Hannah is the Marketing Coordinator for Ivester Jackson Christie’s - Lake Norman. She is responsible for creating print and digital content for the Ivester Jackson Lake Norman office and agents in Cornelius, North Carolina.
Hannah graduated in 2020 from the University of North Carolina at Charlotte with a degree in Marketing Innovation and a minor in American Studies. She has experience in social media, digital campaigns, blog posts, and content creation through freelance work, and within the healthcare industry. Hannah is passionate about using creativity in all aspects of life.
In her free time, Hannah enjoys working out at Pure Barre Lake Norman, as well as spending time with family. As a vegetarian for over a decade, Hannah enjoys cooking and using her creativity to create meals. 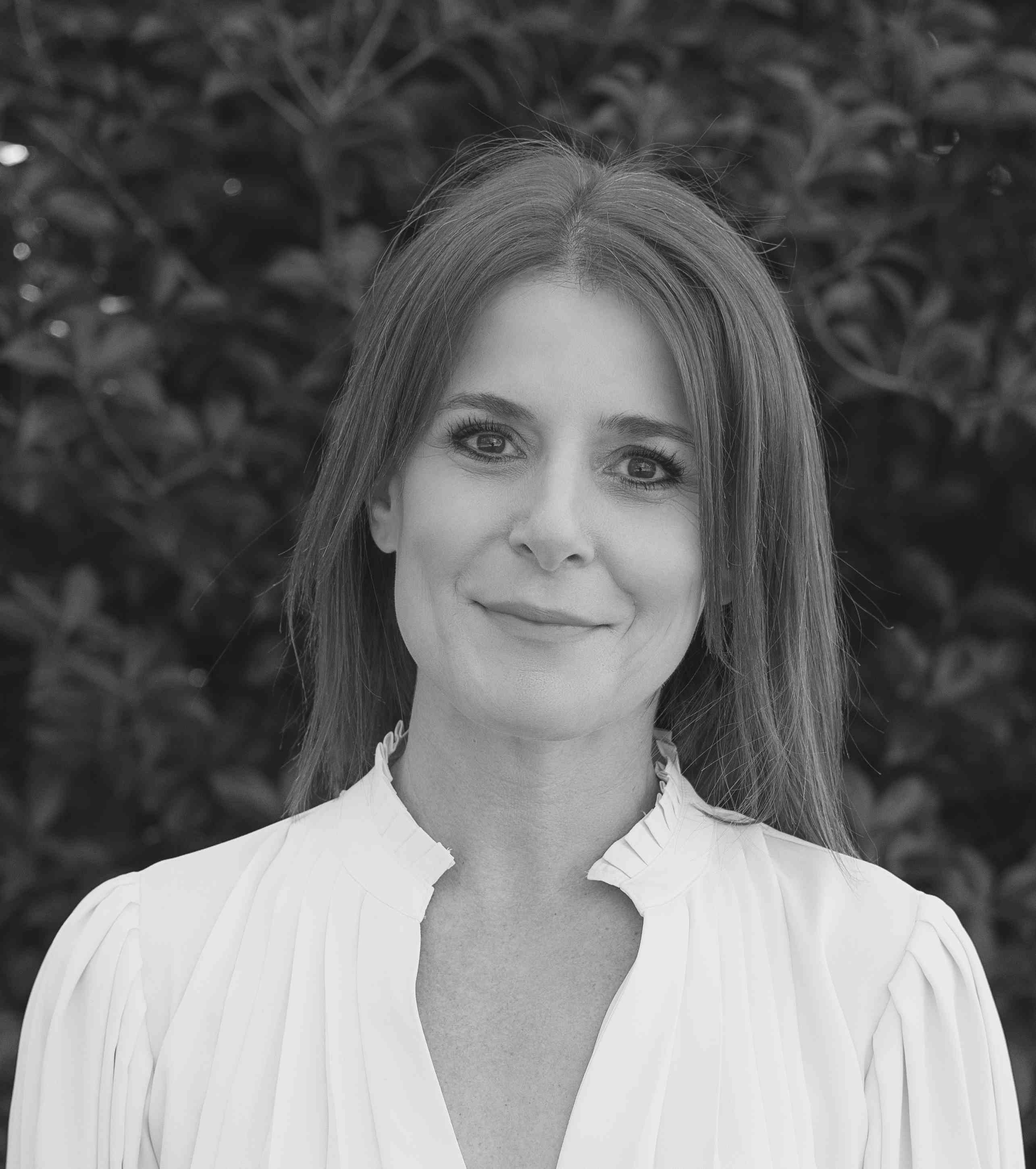 As a native to Island Lake, Wisconsin, Traci fell in love with the picturesque state of North Carolina from the mountains to the ocean. Prior to setting roots in Charlotte, Traci has moved across the country multiple times living in Pennsylvania, Washington, Minnesota, Wisconsin, California, and North Carolina.

Traci considers herself a people person as well as a dynamic, organized Realtor with a vibrant personality and a keen eye with a unique vibe. She is a self-motivated, self-disciplined mom who has a combined eye for fashion and organization into a business of personal shopping and home organization, culminating into her real estate career. Traci has the perfect personality to assist both buyers and sellers in purchasing and selling their homes in an efficient and comfortable manner. Traci is also a workout enthusiast who knows the meaning of hard work and as a personal shopper, she brings a detail-oriented mentality with impeccable taste to each transaction.

Creative thinker and strategic planner with high energy and a genuine love for people. As Ivester Jackson Christie’s Business Development Associate, Teri helps to promote our luxury brand to the local Charlotte, Lake Norman,  Asheville communities. On a personal note, she also has a love for all things golf-related. You can frequently find her on the course at Myers Park Country Club. Teri also serves as a Marshall for the Wells Fargo PGA Tournament at Quail Hollow Country Club in Charlotte on the 17th hole and in the media tent during the Chiquita Open.