Ivester Jackson is the Overall Christie's International Affiliate of the Year award winner for 2018, the pinnacle of marketing for all network brokerages across the global network.

Since joining the Christie’s International Real Estate network four years ago, Ivester Jackson has grown more than 200%, nearly tripling its annual volume. In the Lake Norman market, the company has closed 16 of the 21 highest price sales in 2017, including a record $5.6 million transaction, in which its agents represented both buyer and seller. The company is now the top seller of estate homes valued at over $2 million not only in the Charlotte region but also in North Carolina, responsible for the sale of one of every three homes in the region listed over $2 million. 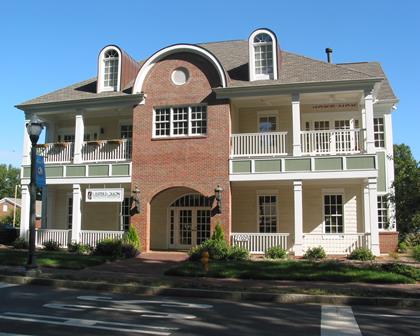 Founder Lori Ivester Jackson began selling real estate in Charlotte’s emerging Dilworth neighborhood in the mid-1980’s and has gone on to become one of the region’s most recognized residential property experts. After a long tenure as one of Remax’s top producing teams in the Carolinas, Lori formed Ivester Jackson in the late 1990’s with former corporate executive and husband, Reed Jackson, who’s career in advertising and operations helped form the foundation for what has become one of the region’s most successful boutique real estate companies.

After attracting a roster of some of the region’s most preeminent brokers, the company was approached by multiple leading international luxury real estate brands to represent their clientele in the Carolinas. In late 2013, the company affiliated with luxury leader Christie’s International Real Estate, a partnership that has seen the company double its revenues, and expand to three offices with over 50 brokers.

Now serving the Charlotte, Lake Norman, and High Country markets, the company is trusted by the region’s most discriminating clientele. The company has a rich history of serving relocating and local Fortune 1000 executives, NASCAR professionals, athletes, celebrities, entrepreneurial executives, as well as international investors.

From leading Lake Norman communities like The Peninsula, The Point, Governor’s Island, River Run, and historic Davidson, to Charlotte’s premier destination communities such as Myers Park, Eastover, Dilworth, Southpark, Ballantyne, and Weddington, the company’s brokers are experts at marketing and locating the best lifestyle properties in the region.

While Ivester Jackson leads the region’s luxury segment, it remains a popular choice for buyers and sellers at all price points, with over 50% of it’s transactions occurring below the million dollar level. The company also handles investment and commercial properties.